A price hike to the Google Maps application programming interface, or API — the thing that lets you use Google Maps inside other apps and services, has some real estate professionals and other developers online worried.

Many agents, brokers, and brokerages use the Google Maps API — even if some may not realize it. The backend of Google Maps allows real estate professionals to include maps of the area surrounding a listing or a property on their websites, from a single agent’s site up to Trulia. Some websites also use Bing, Apple Maps, or OpenStreetMap for this feature.

The changes announced by Google this week include a new pricing structure. Where before, Google had previously granted all users of its Maps API 25,000 free page loads a day, now the company will begin charging $200 per month for 28,000 page loads of Google’s Dynamic Maps feature, according to the location technology site GeoAwesomeness.

Google is trying to ease the pain of this change by offering the first month free, but require all users to give Google their billing information to continue using the API at all, which wasn’t required before. Websites with embedded static maps, or just a simple map without any other features, won’t see quite as significant a change. The full pricing structure can be seen here.

According to GeoAwesomeness, the price changes consist of a hike of 1,400%. Morgan Carey, CEO of the real estate website company Real Estate Webmasters, estimated that for one of his company’s clients with 1,000 agents, the changes mean that client will owe $5,600 more per month.

Carey estimated that most brokerages with more than 500 agents will end up having to pay more at some level. And, he pointed out, the $200 worth of free monthly usage could be revoked at any time.

Turn your time into money

“Google in the past has not had a significant cost,” Carey said. “This I’m perceiving as a really large price increase.”

Before, smaller users didn’t need to upload payment information to use the API. With payment information uploaded, a small brokerage that doesn’t budget for Maps fees but has a listing go viral and hundreds of thousands of users click on the listing’s map could theoretically end up with a big bill they’re unprepared for.

“Let’s say you get a listing of the Playboy Mansion or something. If it’s all over the news, that could be millions of hits,” Carey said.

Since many real estate professionals include these maps on their websites without much consideration, Carey is worried they could be blindsided in a situation like that.

Brokerages or agents that are concerned about the pricing changes, Carey said, should consider removing Google Maps from some website pages or putting map access behind a registration site as a way to cut down on potential costs — basically eliminating maps when unnecessary and unlikely to lead to any leads, but still providing maps to serious buyers and browsers.

There are alternatives, including the free OpenStreetMap, but it may be harder for some less tech-savvy users to switch.

Google didn’t immediately respond to request for comment from Inman. The site did publish a blog post outlining its new plans. The price increases were part of a major overhaul that combined 18 separate Google Maps APIs into three for Maps, Routes and Places and merged two separate Standard and Premium plans into the one plan with a new pricing structure.

“We’ve heard that you want simple, easy to understand pricing that gives you access to all our core APIs. That’s one of the reasons we merged our Standard and Premium plans to form one pay-as-you go pricing plan for our core products,” Google wrote in the blog post.

Maps developers across industries were upset with the changes, according to the comments on Google’s announcement.

“Wow. My costs will rise considerably :(,” one commenter wrote.

“After having created [a] hegemonic platform, Google wants to get all banking details of world developers to be able to charge easily as soon as they change their conditions,” another wrote. 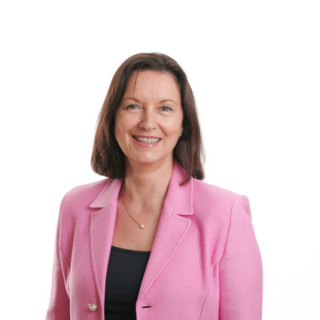 I have served hundreds of clients who were able to successfully purchased homes; and almost the same number of clients who weren't that successful primarily because of the lack of requirements, as well as incorrect formats on legal agreements, deed of sale, etc. Follow my social media accounts for more real estate buying and selling requirements, and various template for your legal agreement and other forms.